“Primolancio” is Milan Skydiving School new project, realized  by Da Vinci Academy S.S.D. to support anyone who seeks adrenaline and emotions in the sport of parachuting.

Skydiving in Milan: what you need to know

A TEAM OF PROFESSIONNALS

Veniero and his Staff of Instructors are the beating heart of the Skydiving Academy by providing everyone with a great experience in sport and school, to offer a unique fun full of adrenaline in complete safety.
Veniero and his staff work in perfect synergy with the most modern and advanced technologies that come directly from the United States, the home of skydiving.

was born in Turin in October 1970. It grows among many passions including flight sports, photography and cinema.
In 1990 he discovered skydiving in his military service in Livorno, in that discipline which later became his passion and his job. From ’98 he joined the school of sports parachuting, first like videographer and later as an instructor of various specialties.
The years he spends in this sport allow him to acquire experiences in various sectors, which will lead him to have significant results in the sport, cinema and television.

Signed in “Collocamento dello Spettacolo” like “Acrobatic” ,filmed with digital video equipment and 16mm film, digital cameras, 35mm film and medium format.
– In 2001 he worked in the production of the film for the cinema “Hijos” (Sons) by Marco Bechis as a stunt double for the leading actor, specialty consultant and acrobatic cameraman.
– In winter 2005/2006, planning and making aerial shots of Luciano Ligabue’s video clip “Women know it” directed by Silvio Muccino, produced by Angel Film.
– In July 2006 awarded the “Best Film” at the Krasnogorski Sport Film Festival in Moscow with the video on sports parachuting “Skyball game with Betty Lou”
– In December 2006 awarded at the Sports Film Festival in Lubljana, Slovenia.
– He has created photographic services for magazines, photographic representations and public events.
– He has made videos for television broadcasts, competitions, fiction and interviews.

Find out about all of our Organization's secrets by going directly to the school's page, where you can personally discover about the professionalism of our structure, our staff and the equipment we use.

BOOK NOW
"We have chosen to bring this sport among the people by proposing tandem jumps, and we liked it! In recent years we have given emotions to thousands of people, trained hundreds of new parachutists, competitors and instructors. We did it with commitment and professionalism. The guys who flew with us demonstrate it with their gratitude and dedication for this wonderful sport. As long as someone wants to fly, and really believes it, we will be here. To represent today's parachuting as a breath of fresh, young and fresh air. As an experience never to be forgotten." 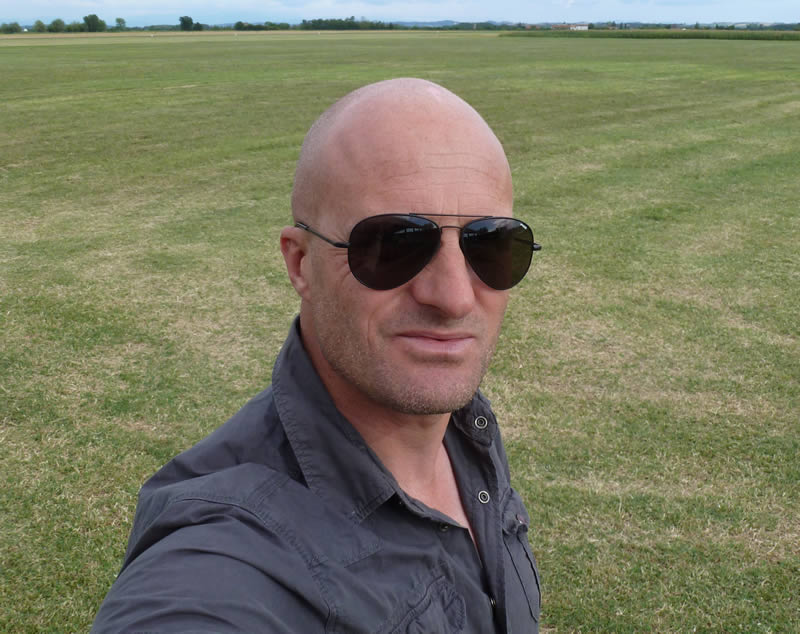 “Primolancio” Skydiving School, as well as all of its Instructors and Examiners, has an Enac Certifications, an official guarantee of active safety.

Our organization is a CONI affiliate via ASC and our instructors are CONI qualified sports technicians. Professionalism guarantee.

Alessandria is easily reachable by car and by train, it is less than 1 hour far from MILANO-TORINO-GENOVA-PIACENZA

The school is open all year round